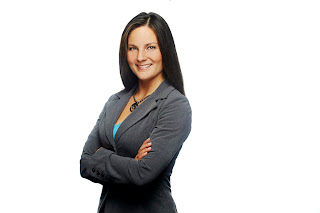 A long, long time ago... I lived in a small town called Sweetwater, TN. Not the brewery, mind you. Just short of 6,000 people, you can imagine all the hubbub when a new traffic light was added or a new store. To find any department or major grocery store, one would drive thirty minutes outside of town to reach such a destination. Of course, it was only after I left that Walmart finally entered the scene. Don't get me wrong. I love my background and am proud of my southern roots - "hick" talk and all! However, I knew there was more that I had to see and do.

Moving on to The University of Tennessee (Go VOLS & Peyton Manning), I began my college years in aerospace engineering. It was more of a compromise after realizing that it may not be the best idea for our country if I were to fly an F-18 fighter jet. Adding that third dimension to driving may have been a struggle for me, as well as the Department of the Navy. Crashing said jet seemed fairly expensive so to America I say "You're welcome," as I allowed others more suitable for the job to take care of this country.

Little did I know after all the training on choosing goals and accomplishing them, my stubbornness would not let me change majors. After all, Plan A with aerospace engineering was a good job and "I ain't no quitter!" I soon realized that my interest and passion began to waver with the Physics and Calculus III homework piling up with no end in sight. What's a girl to do? Changing my life's plan seemed like failure in my eyes. Until one day...

My dad took me to the chiropractor. I had no idea what this woman would bestow on me, nor was I really educated about what said chiropractor did. I went through the process of consult, x-rays, exam, and adjustment - trusting my dad that this was actually a good idea at the time. Afterward, my body felt weird. Everything just seemed awkward. If you'll recall, my stubbornness is both a strength and a weakness throughout my life. This time, it just so happened to change it...

I continued to see the chiropractor, and my body began to learn where it actually needed to be. Just like a new workout routine, my body was lining up to take on the next challenge - whether physical or mental. I no longer was getting sick all the time nor did I have hip pain when exercising. I was seeing improvements, and that stirred a new passion inside me.

What about chiropractic for a new career? I loved the doctor and the staff.  The energy of the entire office was contagious. And a holistic lifestyle? I think I could swing that. There you have it! My plans were made. I spent the next week figuring out what was best for my new future. I landed on Kinesiology for my undergrad degree and looked at various graduate schools for chiropractic. My joy soared, my grades improved, and I read textbooks from beginning to end just for fun.

I chose Life University in Marietta, GA to spend the next four years of my life. They were the best and brightest. Through all the work and hours put in, I couldn't have wished for better friends who became family and for a great city with all its nuances and southern flair. It was well worth it and helped to prepare me for the next chapter of my life...

May 2015. I arrived in Virginia Beach, VA to work in another practice. However, that stubbornness of mine wouldn't allow me to stay where I was. I had new goals, desires, and dreams to create. After a few short months, it was time to say goodbye and open my own practice. Fear was certainly there, but I chose to jump off a cliff and hope to spread wings on the way down. That brings me to today - the end of May 2016. It's been quite a ride so far and I wouldn't change a thing. Thanks for coming along on this journey with me!